Experience the citadel of Mycenae while enjoying the safety of your home: access the tour easily, put on your headphones and enjoy a remote visit, through the power of storytelling with street or satellite view.
Listen to the fascinating tales about Mycenae’s construction by one-eyed giants and the mythical founding of the city. You'll follow in the footsteps of its early inhabitants while your audio narration will shed light upon many aspects of daily life, fashion, eating habits and funerary traditions of this fascinating civilization. You'll stroll through the ruins where the so-called Mask of Agamemnon was unearthed and you'll see the massive beehive tomb, once believed to be the burial site of King Agamemnon. There you'll admire its jaw-dropping tholos and learn about the king’s murder by his vengeful queen, the notorious Clytemnestra!
The virtual tour is made up of audio narration, real images, satellite and street views of the monument and its surroundings. In the most iconic points, you can move forward and backward, turn towards any direction and see what you would really see as if you were there.
You'll get to learn important historical facts, discover unknown stories and listen to interesting tales of ancient times and amaze your family and friends.
This is an unmissable opportunity to experience the glory of Classical Athens and relate to your surroundings in an entirely original way.

Meeting point:
There is no meeting point. The virtual tour doesn’t require a visit to the site and it is designed to start at the entrance of the archeological site of Mycenae.
What to remember
Read more
Provider
Clio Muse PC
Booking fee
Good news! No extra fees are applied to this booking.
Cancellation policy
Receive a 100% refund if you cancel up to 24 hours before the experience begins. 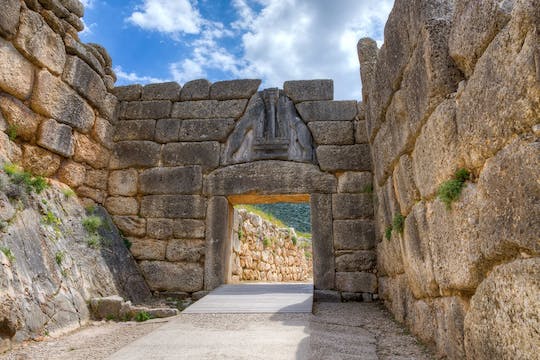 The Ancient Greeks left behind a treasure trove of monuments, statues and artefacts in Athens. And on this tour, you'll take in all the top spots with an expert guide. Highlights include the Roman Agora, Hadrian's Library, the Medieval Plaka neigbourhood and the UNESCO-listed Acropolis.First, you'll scale the heights of the sun-bleached Acropolis for a guided tour of the site. And with exclusive skip-the-line tickets, there'll be no waiting around. Soak up wow-factor views over Athens and snap a few photos of the Areopagus – a rocky hill where legend has it the Greek gods would hold court.Let your guide bring history to life as you snap selfies with landmarks like the Roman Agora, the Theatre of Dionysus and the still-standing columns of The Temple of Asklepieion. Then, it's on to the city's Instagram-worthy old quarter, Plaka. Explore lanes crammed with tavernas that twist and turn to meet Monastiraki square, where the tour ends. 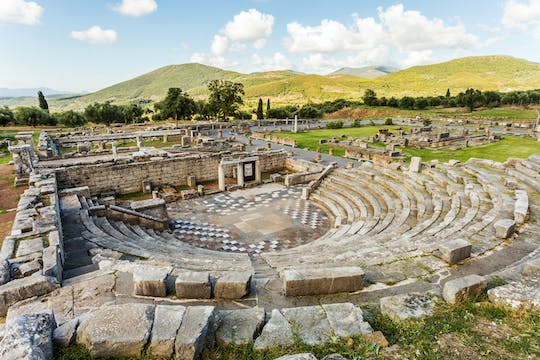 Visit the ancient city of Messene, one of the best-preserved archeological sites in Greece.

Archaeological and cultural tour of Milos

Discover the history and heritage of Milos, an archeological wonder. 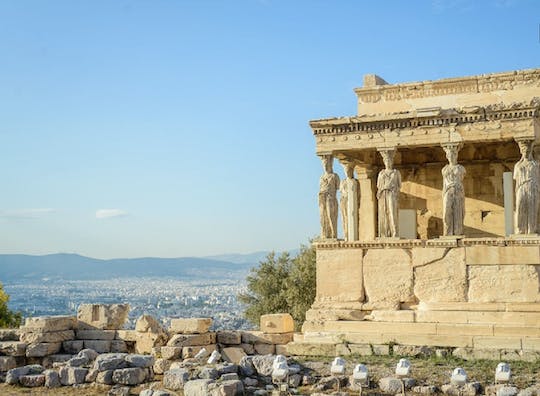 Discover the Acropolis of Athens during a guided tour or a tour with skip-the-line ticket included. 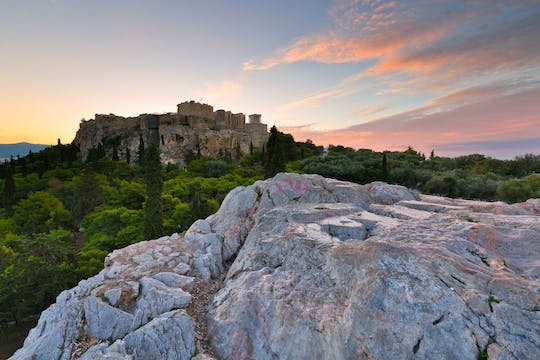 Discover the Ancient Agora thanks to this captivating audio tour and be amazed by the beauty of ancient Greece.