See the beautiful Loch Lomond and the breathtaking Highlands on this day trip from Edinburgh and finish it up with Stirling Castle.

At the start of your bus tour, you’ll take part in a short panoramic tour of Glasgow, Scotland’s largest city. Your guide will show you how this once industrial giant is flourishing again. You’ll also pass the River Clyde, another world-famous place for heavy industry and shipbuilding.

You’ll stop by the bonnie banks of Loch Lomond, Britain’s largest expanse of water. Here you’ll have free time to explore. You can go on a boat trip or simply walk around. The Loch Lomond and Trossachs area has been recently designated a National Park, so you’re sure to find magnificent views. It’s an area that has inspired the imagination of writers and artists for centuries.

Next you have a stop for lunch in the village of Aberfoyle. This area is full of lochs, glens and heather-covered mountains, making it a beautiful “Highlands in Miniature”. The area is so captivating that Sir Walter Scott filmed 'Rob Roy' and 'The Lady in the Lake' here.

From there you’ll pass through the picturesque village of Callander as well as the massive 14th-century Doune Castle (as seen in 'Monty Python and the Holy Grail'). Finally, the tour will stop in Stirling for an hour. Here you can explore the area at your leisure. Stirling Castle is a popular destination, as well the views at Forth Valley. There, you’ll be able to see the 200-foot memorial to William Wallace, the man immortalized in the movie 'Braveheart'.

On the way back to Edinburgh, you’ll pass Bannockburn, where Robert the Bruce famously beat the English in 1314, and Linlithgow Palace, where Mary Queen of Scots was born in 1542. It’ll be a relaxing end to an adventurous day.

Important note: This tour requires a minimum of 4 passengers and is subject to cancellation if this minimum is not met. In the unlikely event of such a cancellation, your choice of a refund, reschedule, or alternative tour will be offered.

Read more
COVID-19 information
The following health and safety measures are in place, so you can relax and enjoy your experience.
What's included
What's not included
Reduced price
What to remember
Read more
When
Read more
Provider
Gray Line Scotland
Booking fee
Good news! No extra fees are applied to this booking.
Cancellation policy
Receive a 100% refund if you cancel up to 24 hours before the experience begins. 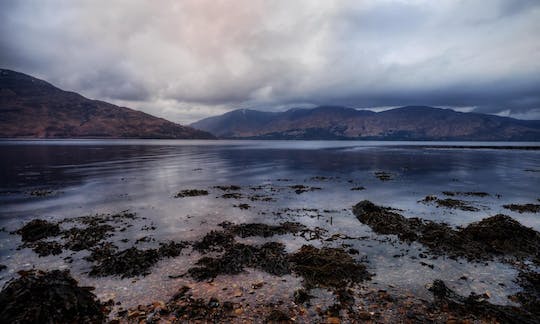 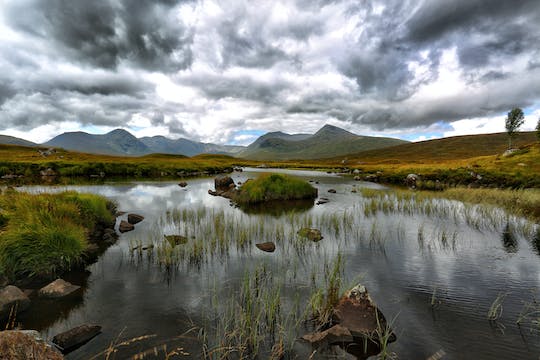 Loch Ness and the Highlands of Scotland day trip from Edinburgh

Get your bus tour to Loch Ness and the Highlands of Scotland and spend a day immersed in the beauty and mystery of Scotland. 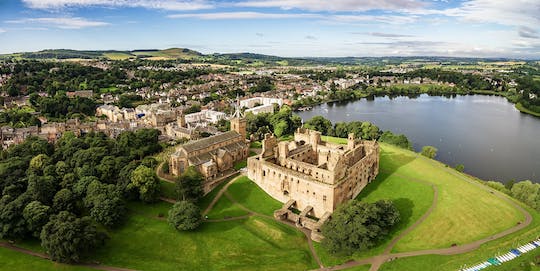 The Outlander, Palaces and Jacobites experience from Edinburgh

Take a full day exploring the sets of the famous Outlander TV show. Discover the main sights and take in the beauty of Scotland! 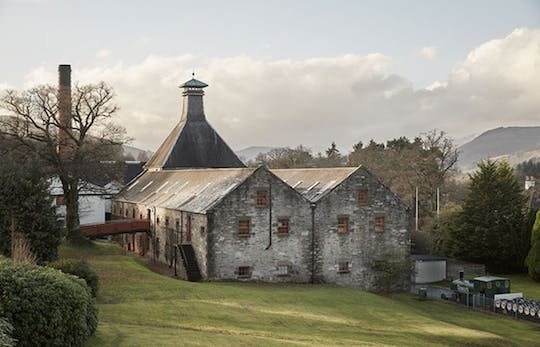 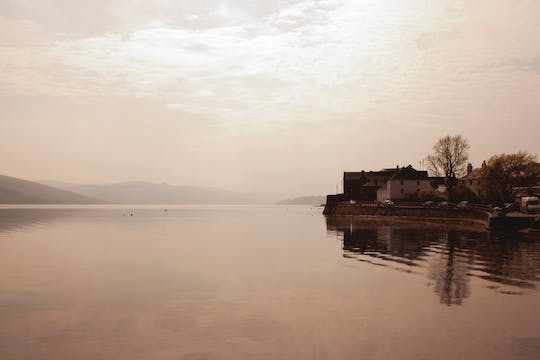 Book your tour of West highland lochs and castles. Discover the misty lochs and iconic ancient castles of Scotland in a day! 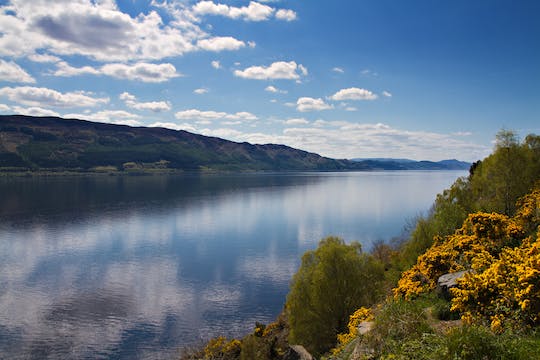 Book your Scottish Highlands tour now! Experience 'Scotland in a day' on this expansive tour of Loch Ness, and the castles and glens of Scotland. 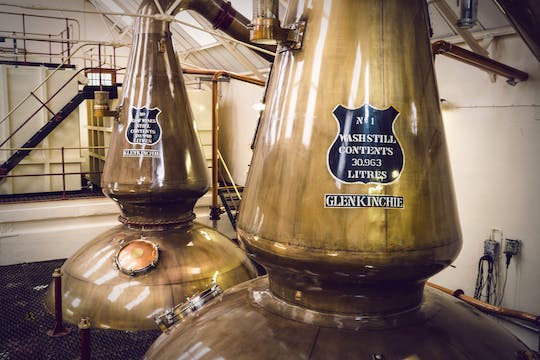 Book your East Lothian beers, whiskies and gins small-group day tour from Edinburgh and sip on your poison of choice while learning about its history. 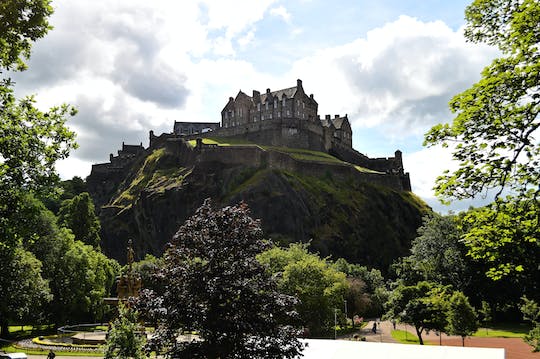 Duration from 1 hour 30 minutes to 2 hours
Available in: 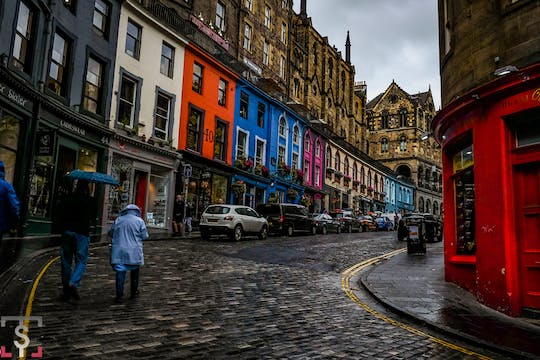 Book your Edinburgh Instatour and take a stroll around the most Instagrammable spots in the capital with a local Instagram influencer and expert photographer. 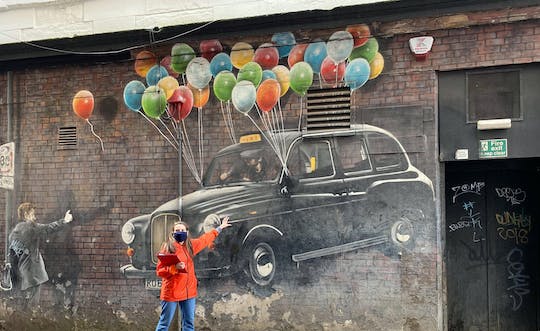 Book your Glasgow street art tour and bypass the usual monuments and attractions in favour of street art and modern culture. 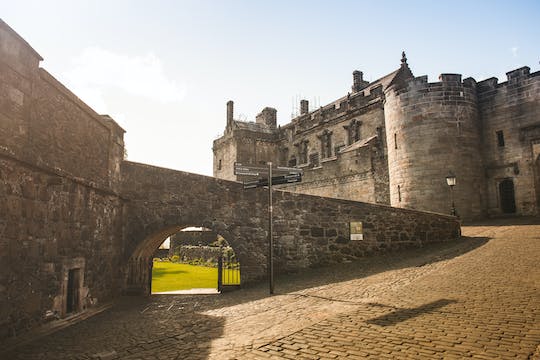 Embark on a journey through time on this trip to Stirling Castle, Loch Lomond with a stop for some whisky along the way!