Availability: From Tuesday to Saturday

Foz do Iguaçu is a city that has a lot to offer. You will explore the downtown area with a professional guide that shows you some of the most important historical buildings such as the first airport, mother church, and first college. You will also see the gastronomic avenue. The itinerary includes stops in the Muslim mosque, the Buddhist temple, and the Ecomuseum of Itaipu.

The majestic Omar Ibn Al-Khatab Mosque was built in 1983. You will enjoy a guided visit to the mosque, one of the largest mosques in Brazil. Then, you will go to the Buddhist temple.

The tour continues to the Ecomuseum, the World Wonders, the Wax Museum, and the Dinosaur Park.

The Ecomuseum gives you a great option to know the history of Itaipu Dam. World Wonders is a space that contains replicas of the main monuments built by man such as Christ Redeemer (Brazil), Statue of Liberty (USA), Taj Mahal Palace (India), Terracotta Army (China), Pyramid of Chichén Itzá (Mexico) and the Eiffel Tower (France), among others, At the Wax Museum, you can admire more than 90 personalities in full size such as Elvis Presley, Tom Cruise, Amy Winehouse, Frank Sinatra, Will Smith, Michael Jackson, Albert Einstein, Francis Pope, Pope John Paul II, and many others.

The Dinosaur Park takes you for a walk outdoors, with 20 animatronic dinosaurs that have movements and sounds. Don't miss this great opportunity to see a T-Rex with about 12 meters high!

Meeting point:
Pick-up at your hotel
What to remember
Read more
When
Read more
Provider
Gray Line Brazil
Booking fee
Good news! No extra fees are applied to this booking.
Cancellation policy
Receive a 100% refund if you cancel up to 1 day before the experience begins. Discover a spectacular view of Iguassu from Argentina's side of the border, and enjoy a different view of this marvelous natural beauty in another exciting way. 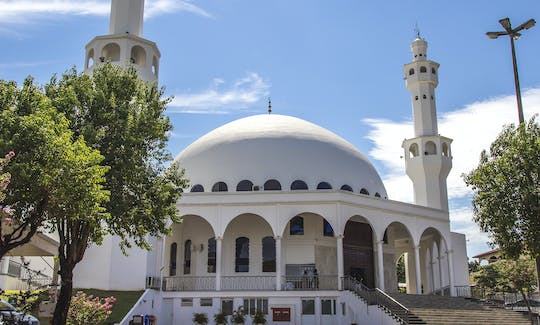 Learn about the history of Foz do Iguaçu with a guided tour. You'll visit the Omar Ibn Al-Khatab Mosque, the Buddhist Temple of Iguassu Falls, and the Ecomuseum. Visit the spectacular Itaipu Dam with a guide and learn about its history. You will also admire thousands of plants and animals preserved at the Bela Vista Wild Animals Eco Retreat, and visit the Ecomuseum. 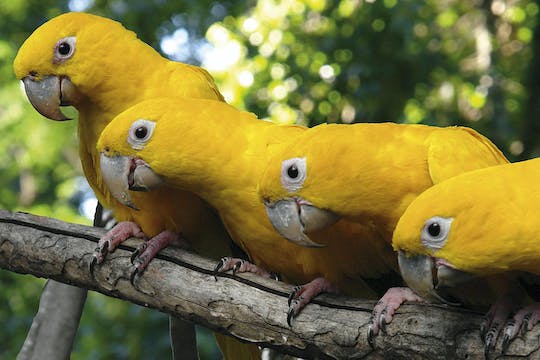 Visit the Bird Park located at the Iguassu National Park and get a close look at many different birds of the Atlantic Rainforest, such as macaws, toucans, and scarlet ibis. 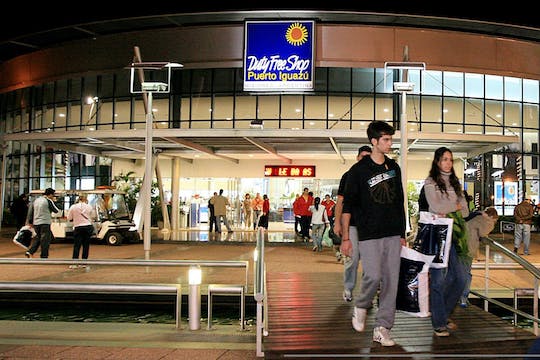 Enjoy a shopping tour that takes you to a duty-free zone where you'll be able to shop for a variety of items of the best brands. 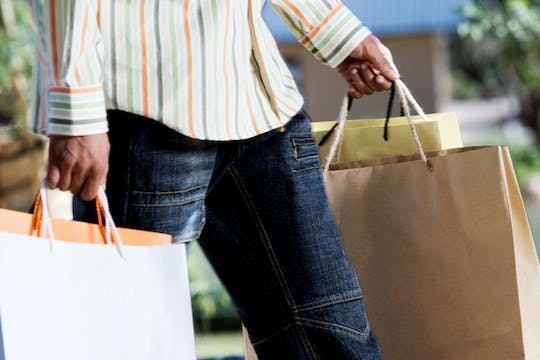 Visit Ciudad Del Este, the third biggest commercial hub in the world. Enjoy duty-free prices all over the place.

Foz do Iguaçu
View all experiences