Learn the terrible tale of Stutthof Concentration Camp, the first and longest operating concentration camp in Polish territory. Hear the story of a place where thousands of people from more than 25 countries were tortured and murdered until its liberation in 1945.

Stutthof concentration had been established in order to exterminate Jewish and Polish Intelligence, mainly from the Pomerania and the Free City of Gdask. The trip lasts 5 hours and includes an entrance ticket to the museum as well as guided exploration of the former Stutthof area – the old and new camp quarters, the main commander’s villa, gas chambers, crematorium and the monument to its victims.

At the end of the tour, it is also possible to watch a film about the camp.

Meeting point:
This partner offers pickup from the area of Gdansk, Gdynia and Sopot. You can indicate your pickup location during checkout.
What to remember
Read more
Provider
Tours in Gdansk
Booking fee
Good news! No extra fees are applied to this booking.
Cancellation policy
Receive a 100% refund if you cancel up to 24 hours before the experience begins. During this tour you will be picked up, have tour to Oliwa to enter Zoo area and transfer back with drop off to your accommodation. Skip-the-line ticket included. Book a full-day private tour to travel around Kashubian Switzerland (Szwajcaria Kaszubska) region with transport from Gdansk, Gdynia or Sopot. Learn the culture and its history in multiple museums.

Have a boat trip on the Elblag Canal, a hydro-engineering monument from the XIX century and admire the peaceful nature.

Book a private guided excursion to Stutthof Concentration Camp with entry ticket and transportation from Gdansk included. See the barracks and gas chambers with exhibitions and enter the Stutthof Museum Cinema.

Explore Malbork Castle, one of Europe's largest brick castles, on a tour from Gdansk. Hear about the castle's history and enjoy the scenic views. 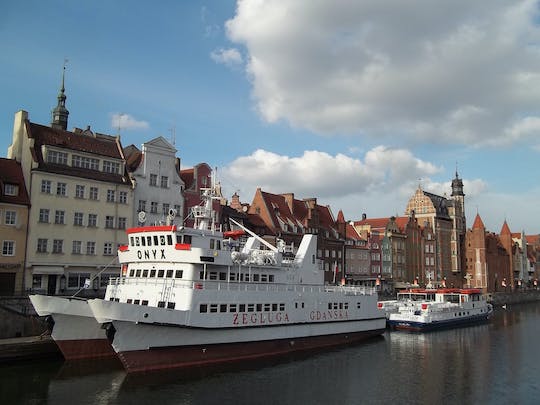 Book a full-day tour along the Baltic Coast in Hel Peninsula with transportation from Gdansk, Gdynia or Sopot. Enjoy a 1-hour cruise across the bay, visit the Museum of Coastal and walk along the beautiful beaches.