On this 2.5 hour semi-private guided walking tour, you and up to 8 other guests will see where counterculture and civil protests have collided over the centuries. Discover the streets of London’s lively nightlife neighborhood that has gone from seedy to chic over the past few decades.

Your tour of Soho will take you through Piccadilly Circus, the Time Square of London, through a maze of streets leading to Chinatown. In between, you’ll discover the hub of musical revolutions including the venue where Jimi Hendrix first performed in the city. Music buffs will delight to discover the spot where the term “Beatlemania” was coined, and where hits like “Bohemian Rhapsody” were recorded.

Beyond music, you’ll discuss the women’s suffrage movement at Golden Square. A deadly cholera outbreak is the topic of choice on Broad Street, where you’ll hear about the original John Snow. Stroll Greek Street to hear how Soho influenced former residence Karl Marx. At Soho Square, you’ll learn about some of the district’s earliest nobility, often eclipsed by the current tenants, the lively LGBT community who congregate at local bars.

End up in Chinatown, where you’ll momentarily forget you’re in London, and relax over a plate or three of dumplings before hitting up Soho’s energetic nightlife.

What to remember
Read more
Provider
Babylon Tours
Booking fee
Good news! No extra fees are applied to this booking.
Cancellation policy
Receive a 100% refund if you cancel up to 3 days before the experience begins. 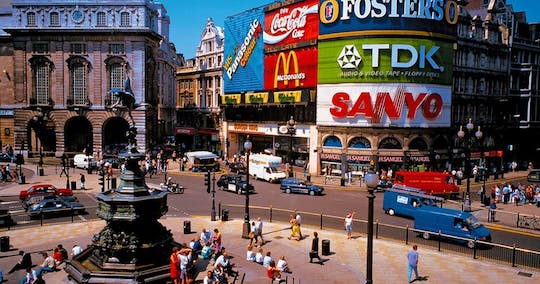