The central part of the city has changed dramatically since the Russian revolution but the local guide will make sure that you notice and explore the hidden gems of medieval Moscow. You will go through the gates of the Kitay-Gorod city wall and find yourself on one of the three oldest streets of Moscow, the center of education and enlightenment. The guide will show you where chroniclers worked and tell you about their rivalry with the first book printers.
In the winding side streets, you will see the church where Ivan the Terrible, the first Russian tsar, got married for the sixth time - and you will hear all the stories and legends, that are connected to his sinister figure. Next, the tour goes through the old commercial center of Moscow towards Varvarka street where the Romanovs lived before they rose to power. Varvarka street with its ancient architecture and fascinating history takes time to explore as here the destinies of the damned, the saints, the nobles and the rebels are tangled together. The tour finishes on the Red Square, in the shadow of Moscow's finest architectural masterpiece, St.Basil´s Cathedral.

Meet the guide at the fountain in front of the Bolshoi theatre. The guide will have a sign "Medieval Moscow".

Provider
MoscowMe - tours & concierge services
Booking fee
Good news! No extra fees are applied to this booking.
Cancellation policy
Receive a 100% refund if you cancel up to 24 hours before the experience begins. 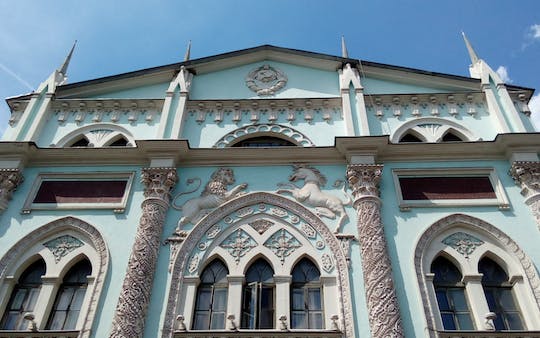 Enjoy an exposition of more than 700 thousand items, see paintings of Monet, Renoir, as well as Cezanne, Van Gogh, Picasso and other artists. Visit one of the most important cultural treasures of Moscow, the memorial complex Poklonnaya Gora and Victory Park, built in memory of the events of World War II.