The Cathedral of Seville and Giralda guided tour

Do you like history, art, architecture? If so, you'll not want to miss exploring with a local guide one of the most important monuments of the city on this 75-minute tour.

Starting from meeting your guide at the Fuente de Indias, you'll make your way to the third-largest Gothic cathedral in the world, built on the same site where the largest mosque in the city was located.

Inside, let yourself be impressed by the paintings of Murillo and learn some hidden secrets including, why Christopher Columbus' tomb is there. Then, hear how the Giralda Bell tower was originally built in 1195 as the minaret of the Aljama mosque and admire its high-level views to complete an unforgettable experience.

Meeting point:
Please meet your guide who will have a sign saying "Sevilla En Un Dia" located at the main entrance of the Archibishop's palace within the Virgen de los Reyes square.
What to remember
Read more
Provider
Sevilla en un día
Booking fee
Good news! No extra fees are applied to this booking.
Cancellation policy
Receive a 100% refund if you cancel up to 48 hours before the experience begins. 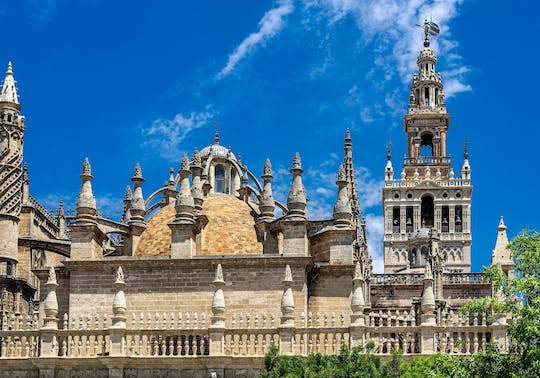 The Cathedral of Seville and Giralda guided tour

Mobile voucher accepted
from:
£25.00
Sorry, it's sold out
Unfortunately all tickets have been sold out for this event 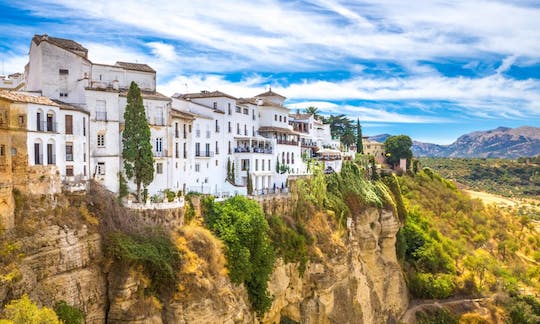 Guided tour of the white villages of Andalusia: Ronda, Grazalema and Zahara

Book now a guided tour to discover the Real Alcázar of Seville, one of the most beautiful palaces in Spain and an outstanding examples of mudéjar architecture. 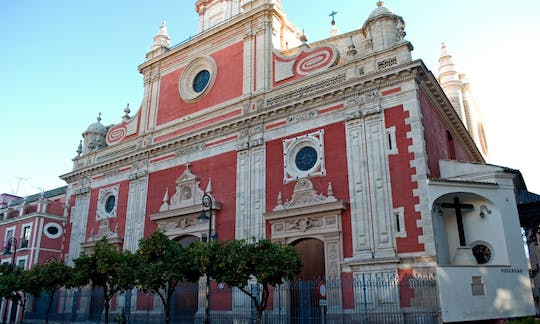 Enjoy a walking tour and explore the Jewish Quarter of Seville. Discover the oldest part of the city and admire important monuments, churches and squares.

Explore the main monuments of Córdoba with a guided tour. Visit the Mosque-Cathedral, the Christian Kings Alcázar, the Jewish Quarter and the Synagogue.

Games of Thrones and Roman Empire Italica tour in Seville