Breakfast
Do this because
What to expect

Enjoy a hot chocolate and traditional cookie tasting experience at Caffetteria Reale in Turin, in a setting that evokes the authentic atmosphere of an 18th-century salon!

Merenda Reale® is a truly delicious ritual, born in 18th-century Turin in the courts of Savoy. Snacktime in the 18th century was a royal pleasure, an elegant ritual of court life: from 2pm to 10pm, aristocrats with a sophisticated palate would sip hot chocolate from their cups while eating traditional biscuits and refined confectionery specialties invented by the chefs of the Palace. Such cookies included torcetti, confortini, canestrelli and savoiardi - Italy's oldest cookies! - as well as pazientini, amaretti, anisini, meringues, and baci di dama. And to conclude, a taste of almond nougat and a crispy diablottino, the forebear of all chocolates.

Take part in Merenda Reale® and turn snacktime into a journey through time!

Meeting point:
Caffetteria Reale. Entrance from the Royal Palace's Court of Honor.
Provider
TORINO TASTE S.R.L.
Booking fee
Good news! No extra fees are applied to this booking.
Cancellation policy
Unfortunately, we can't offer you a refund nor can we change or cancel your booking for this particular product, due to our partner's policy. 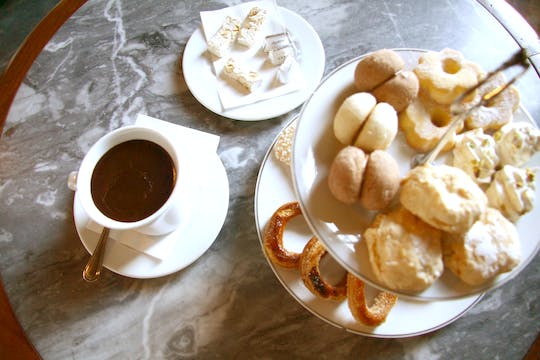 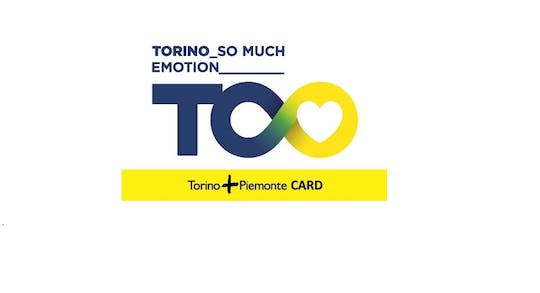 Official guided tour and tickets for the Egyptian Museum of Turin

Visit the Egyptian Museum of Turin with an expert Egyptologist and discover the history of the 300,000 exhibits, among the most important in the world. 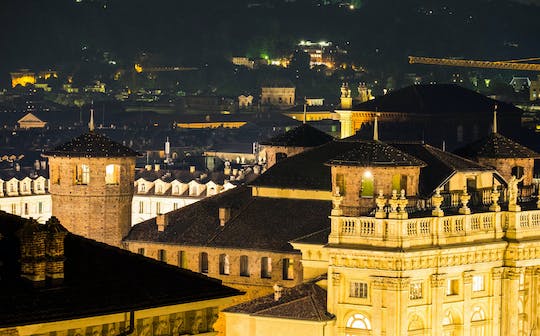 Embark on a frightening adventure and get ready to discover the most terrifying stories of Turin's past with your expert guide on an evening tour.

Access Turin's Egyptian Museum and let yourself be bewitched by an atmosphere of magic and mystery. Fly for 45 minutes onboard a Boeing 737 like a real pilot, feel the thrill of being in a real cockpit, complete with all the on-board and admire the breathtaking Hawaii landscape. Visit the local market with the Cesarina, immerse yourself in a cooking class and learn the secrets of the most famous dishes of Langhe cuisine!