Tour to discover the secrets of World War II from Wroclaw

Let yout guide take you along the track of the biggest secrets of World War II in Lower Silesia. See The Osowka complex, which is a part of Nazi Riese Project and Gross-Rosen concentration camp.

The Osowka complex has been part of an impressive project conducted by Nazi Germany between 1943 and 1945 (code name "Riese"). The mysterious structure called "underground city" still hasn’t revealed all of its secrets. Discover the biggest and the most complex of Hitler’s headquarters in Lower Silesia. This complex is believed to be Adolf Hitler’s secret headquarters built in the Owl Mountains. This part of the tour is with live guide.

Ksiaz Castle is the third largest castle in Poland, placed on a impressive rock cliff by the side of the Pelcznica River. Surrounded by a charming forest which lays 395 meter above sea level, this castle is often called ‘the Pearl of Lower Silesia’. This part of the tour is with audio guide.

Lastly you will visit the Gross-Rosen concentration camp, the biggest Nazi-German concentration camp in Lower Silesia, where inmates worked in particularly harsh conditions in the quarries. The motto of this place was Vernichtung durch Arbeit (Annihilation through work). Around 40.000 prisoners died here: Poles, Jews, Russians, French and Hungarians. This part of the tour is with live guide.

Meet your guide at the lobby of your hotel or at your residence.

What to remember
Read more
When
Read more
Provider
Mr. Shuttle
Booking fee
Good news! No extra fees are applied to this booking.
Cancellation policy
Receive a 100% refund if you cancel up to 24 hours before the experience begins. 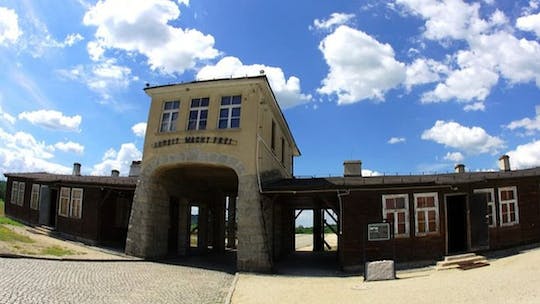 Tour to discover the secrets of World War II from Wroclaw

Visit the UNESCO world heritage site Auschwitz-Birkenau Concentration camp with an English-speaking guide to get a deeper understanding of its infamous history. Book your tour in advance. 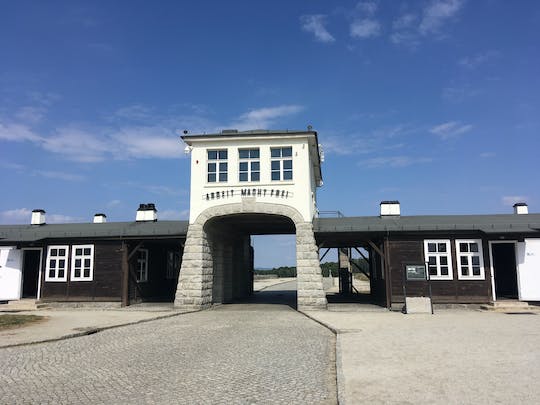 Dedicate a day to remember World War II and its victims. Visit a former Concentration camp, a mysterious complex of underground tunnels and the little village of Krzyzowa. Book your tour in advance. 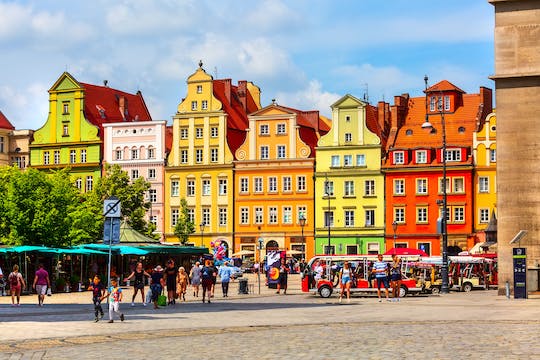 Explore the Old Town of Wroclaw on this guided tour. See the most important buildings, visit a local market and the oldest part of Wroclaw, Ostrow Tumski. Book your tour in advance!

Book a premium food tour of Wroclaw to sample not only traditional Polish food but also famous beer and vodka. Explore Old Town with a private guide and make 4 stops to taste traditional Polish cuisine with a tasting of 8 beers or 8 vodka shots. 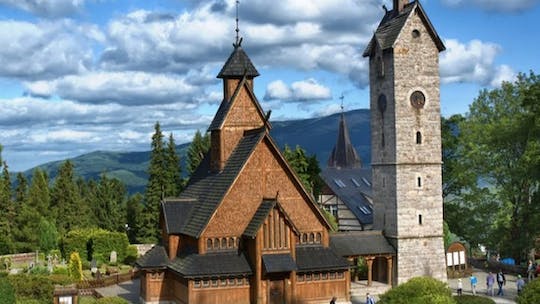 Day-trip to Jawor and to the Peace Church in Swidnica

Visit two UNESCO Sites in Lower Silesia in one day, admire the wooden church in Swidnica and discover the timber-framed buildings in Jawor.