Wheelchair access
Do this because
What to expect
Read more
COVID-19 information
The following health and safety measures are in place, so you can relax and enjoy your experience.
What's included
What to remember
Read more
Provider
TUI HELLAS AE
Booking fee
Good news! No extra fees are applied to this booking.
Cancellation policy
Receive a 100% refund if you cancel up to 1 day before the experience begins. 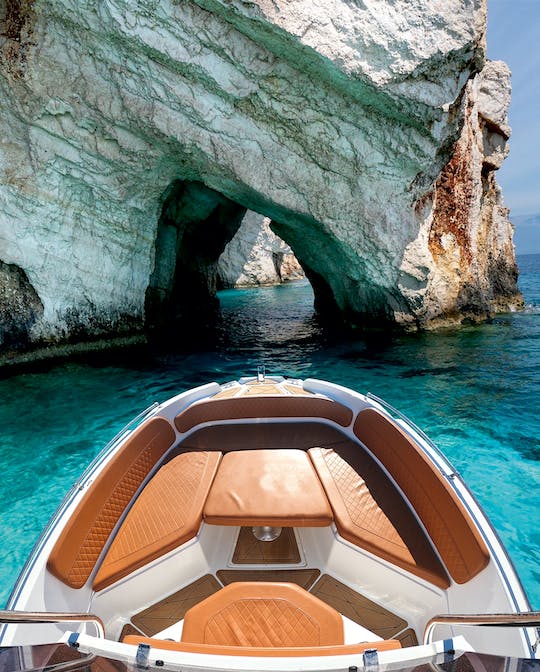 Private cruise to the North of Zakynthos

Discover the best of Zakynthos: Shipwreck Beach, Blue Caves, Mizithres Beach, Keri Caves, and Marathonisi, all in one day. 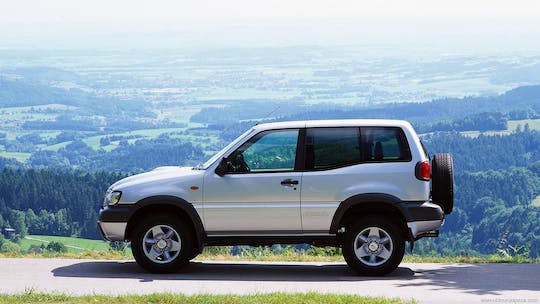 Take advantage of the windy days and explore Zakinthos' mainland on a classic safari 4×4 and join this tour! This cruise around the northern tip of Zante has it all – secret coves, on-board sunbathing and some camera-grabbingly good selfie spots. You'll see stretches of the island's most mesmerizing coastline, including the Blue Caves and Smuggler's Cove – that famous Greek postcard picture of the rusting cargo ship on the pristine cliff-ringed beach.You'll get to catch all of Zante's top coastal bits in one relaxing boat trip. We'll scoot around Cape Skinari, famed for its stone lighthouse, windmills and white cliffs against the turquoise water. And after about two hours at sea, we'll reach Smuggler's Cove. Back in the 80s, a ship carrying contraband cigarettes ran aground in this chalk-white cove. What's left is a fantastic photo-op, and a great place to swim.After a dip, you'll stop by the shimmering Blue Caves. Carved into the cliffs, its sea-smoothed walls reflect the dazzling blue waters like a mirror. Some snacks and drinks will be served, followed by a couple of swim stops. We'll end the cruise on a high with some entertainment – Greek dancing – as we bob back to shore. 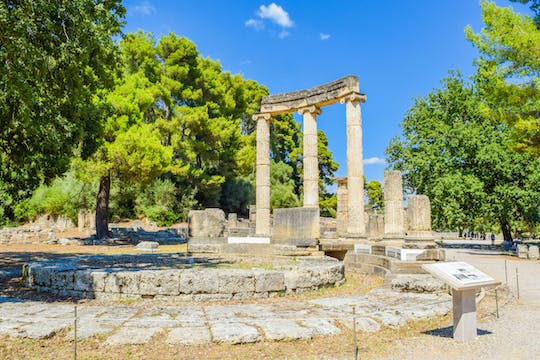 The birthplace of the Olympic Games is just short hop across the Ionian Sea on mainland Greece. Catch the ferry over from Zante and head to ancient Olympia for a journey through the centuries. You'll also visit the fascinating Archaeological Museum. Konstantina, one of our expert local guides, says, ‘Olympia has been standing there for more than 2,500 years, still inspiring as a must-stop on the way to a personal Odyssey. To wander around its ruins and to feel the connection with the past is a special feeling.'After docking at Kyllini, we'll drive to one of the most important sanctuaries of antiquity. Discover where the Olympic Games began in the 8th century BC and see the remains of the stadium where 45,000 spectators cheered on their favourite athletes. See the finishing line and waterside gym as well as all the religious shrines that are dot this ancient sanctuary. What's more, your guide will use an iPad to illustrate how what you're viewing now looked like in classical times.You'll also see the ruins of the Temple of Hera, where the Olympic flame was first lit, and of the Temple of Zeus. It was here that the statue of Zeus, one of the Seven Wonders of the Ancient World, once stood. Afterwards, head to the superb Archaeological Museum to see its collection of statues and bronzes. ‘It's an appointment with history, archaeology and art,' says Konstantina. Finally, head into Olympia town, where you'll have time for lunch and a poke around the souvenir shops. 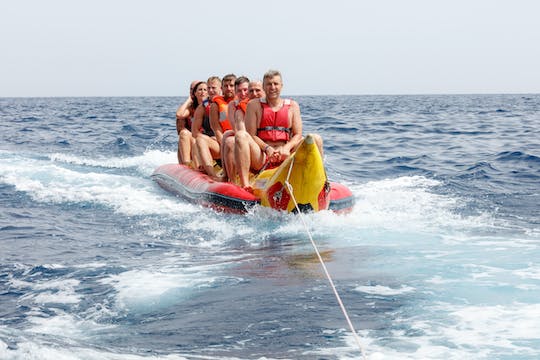 Zante is haloed by great beaches – but St Nick's gets top billing. Located at the east of the Vasilikos peninsula, it's one of the island's most popular bathing spots. And with good reason. Not only is it the place to see and be seen, it is overlooked by a gorgeous little white church. 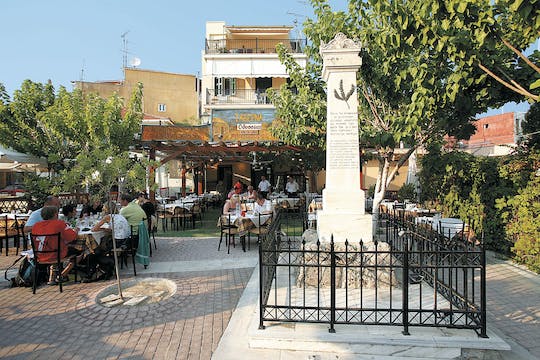 Exploring Zante's capital is effortless with this transfer. You'll be picked up from your hotel and taken directly into the city, where the afternoon is then yours to do as you wish – be it shopping, sightseeing or tasting local delicacies. There's loads to see and do.