Throughout this Bond-themed tour, your professional tour guide will reveal the secret paths, government buildings, bunkers, London's iconic Bond venues. You'll be able to enjoy a guided walking tour around all the major Bond locations. Immerse yourself in the longest series in the history of the film industry and get closer to Mr Bond. Along the way, your guide will illustrate some fascinating landmarks in London and their past, in particular around Whitehall in Westminster; a neighbourhood that created a nation and is at the heart of British spy literature.

You'll also be able to marvel at 'Bond in Motion', an amazing show featuring the biggest official collection of original James Bond cars, props and artefacts. This tour is a dedication to Ian Fleming's creativity and the most famous fictional spy ever, that's Double-O-Seven, Bond, James Bond!

Meeting point:
You will be able to select your preferred pick-up location during checkout.
What to remember
Read more
When
Read more
Provider
Tourope UK Ltd.
Booking fee
Good news! No extra fees are applied to this booking.
Cancellation policy
Unfortunately, we can't offer you a refund nor can we change or cancel your booking for this particular product, due to our partner's policy. 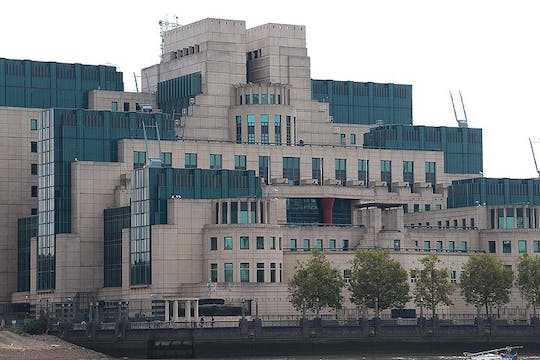 Explore Stonehenge, Oxford and Windsor Castle on a guided tour for a relaxing day trip from London to ancient sites and academic stomping grounds.