Private tour in the footsteps of Saint Catherine of Siena

Discover the most evocative places linked to St. Catherine, the patroness of Italy and Europe who was born and raised in the magnificent city of Siena. Together with an experienced local guide, you will visit the basilica where the young woman took the habit of the Dominican Tertiaries, as well as the Saint's birthplace, where the beautiful Sanctuary of the House of Saint Catherine is located.

The experience begins inside the Basilica of San Domenico, where you'll see the extraordinary chapel that preserves the relic of the holy head of the Saint. You will also admire what is considered her only portrait made by Sienese artist Andrea Vanni in 1375.

The next stop will be the suggestive birthplace of St. Catherine, which became a sanctuary in 1464 shortly after her canonization. The sanctuary consists of three oratories with decorations of different periods, from the Renaissance to the Baroque and Sienese Purism, which will let you understand the intense mystical and diplomatic life of the Saint.

From the House of St. Catherine, you will descend towards Fontebranda, one of the oldest and most important medieval fountains, whose water was used by the dyers. Among them was Catherine’s father, Jacopo Benincasa. From the fountain, you will reach the Baptistery where the Saint received the sacrament of Baptism.

In front of the Duomo, you'll be struck by the imposing medieval building of the Hospital of Santa Maria della Scala, where Catherine used to help the sick and the poor. Visit the Oratory of Santa Caterina della Notte where she rested and prayed after her works of charity and assistance.

Meeting point:
In front of Siena Tourism Programs and Services office, located on the opposite side of the Basilica of San Domenico.
What to remember
Read more
When
Read more
Provider
Siena Tourism Programs & Services - Società Cooperativa
Booking fee
Good news! No extra fees are applied to this booking.
Cancellation policy
Receive a 100% refund if you cancel up to 24 hours before the experience begins. 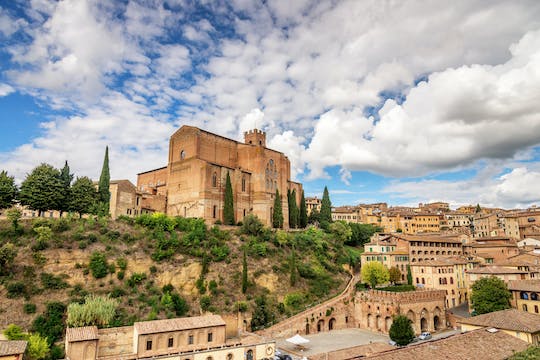 Private tour in the footsteps of Saint Catherine of Siena 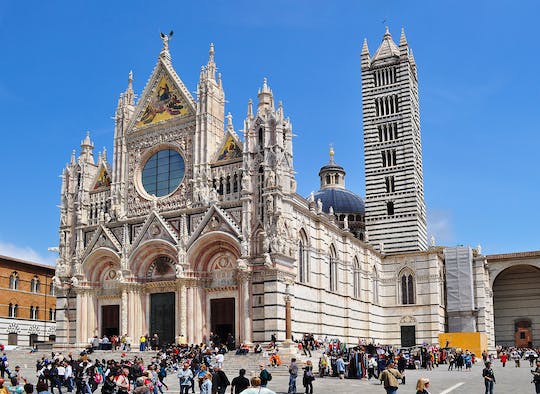 Visit Siena Cathedral and Piccolomini Library with your skip-the-line tickets. On selected dates, admire the wonderful floor of the cathedral.

Buy your Opa Si Pass to the Siena Cathedral Complex: visit the Crypt, the Baptistery and the Museum saving 50% on the total of single admissions! 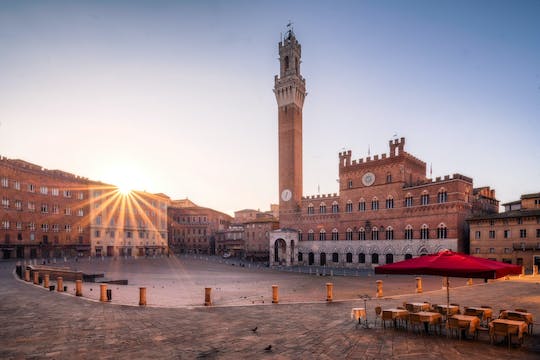 Spend an unforgettable day visiting Siena with a professional guide and the Chianti area accompanied by an expert English-speaking driver! 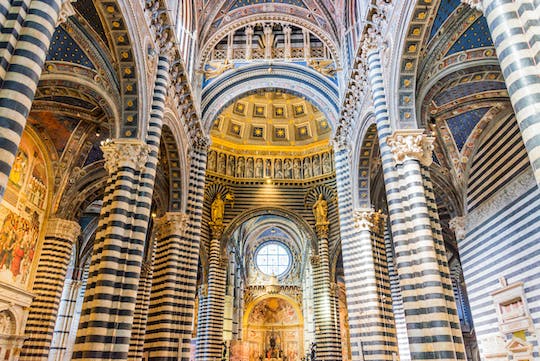 Discover the historic center of Siena with a local guide: visit the world-famous Piazza del Campo and, if you'd like, the magnificent Cathedral.

Discover the city of Siena and its monuments on a guided tour, visit the Fonterutoli farm and enjoy a Chianti wine tasting! 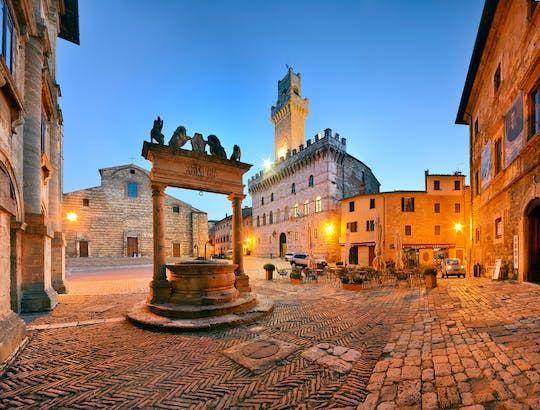 Enjoy a guided visit to Montepulciano and Monte Oliveto Maggiore Abbey to find out about the places' beauty and to taste delicious wines and local products!